🚨  Guess what? We've been hunted on ProductHunt and are competing until midnight tonight. Have a few seconds to support us here?  👉
X
Remote
Meetings

Without even noticing, we’ve developed new norms for conference calls.

Some developments are great—for example, it’s much less common to see people interrupting one another in the middle of a sentence.

In this article, we’ll cover some problems you never had before Zoom and video conferencing became so pervasive, and how to handle them.

Nobody ever taught us how to deal with that colleague who always comes to meetings without a face. Now we’re constantly facing that awkward situation when some people are camera-on and some are camera-on.

If you’re the meeting organizer you can request that people put on their cameras, but it’s almost unheard-of to insist—and anyone can simply give you the excuse that their camera isn’t working, that they are driving, or any other number of excuses.

Perhaps worse is when cameras are unexpectedly on and people aren’t prepared. Embarrassment ensues.

Like anything else, it’s best to establish norms and to let people know in advance if you expect them to be on camera if that’s not normally the case.

You might even decide to have voice-only calls with no cameras from anyone. That’s fine, as long as everyone agrees. Going voice-only for some calls can help cut down on Zoom fatigue.

Nothing’s more frustrating than getting to that critical point in the conversation and having the speaker cut off in mid-sentence. Most people suddenly found themselves in WFH situations with the employer assuming they had adequate bandwidth. And your internet connection might stream Netflix just fine, but a conference call can be even more taxing.

Make it easy for your employees and contractors to let you know if bandwidth is an issue. Many companies that are fully virtual provide a budget for people who work at home to take care of issues such as bandwidth, camera, and microphone quality, etc. You wouldn’t expect someone to buy their own equipment if they were working from an office.

Still, sometimes even the fastest connection available isn’t always reliable. Sometimes you’ll need to turn off video to reduce the strain on your bandwidth, and the interruptions it may be brining.

At this point, people are accustomed to just clicking and entering a meeting. But technologies such as Zoom, Go-to-Meeting, and Microsoft Teams require people to do a quick installation on their computers. Other in-browser tools need you to authorize them to use your camera and microphone.

If you are using technology that requires an extra step, it’s courteous to make sure to let people know so they don’t show up late.

Nobody would consider recording an in-person staff meeting, but these days, we can record anything.

If you want to record a call, it’s not enough to just tell people you are recording it; you need to make sure people know what you’ll be doing with the recording. In Europe, the regulation requires you to get people’s agreement for any use of the recording, so make sure to get explicit consent if you are planning to use the recording for anything other than your own use.

Background noise such as sirens or construction was an occasional problem when meeting in the office. Now, anything could happen at any time to a conference participant, and we’ve seen enough embarrassing video of occasions when anything actually did. Kids can interrupt, fire engines can screech by, or their colleagues in shared office space can be having simultaneous calls.

As a default, assume people are making the best effort to manage their environment. After all, people have different situations when it comes to children’s school hours, lockdowns, and financial means to control their environments.

Interruptions can be minimized with a little effort. If your area suddenly gets noisy, consider passing the virtual mic to another speaker to wait for the noise to pass. If a kid barges in, turn off your camera and sort it out quickly.

Another option is to have one-on-one meetings or questionnaires where people can let you know their needs and limitations when it comes to WFH. You may be able to schedule meetings during different parts of the day (like before school gets out) or otherwise troubleshoot any challenges.

Video conferences can be awkward when it comes to knowing whose turn it is to speak. Here are some ways of keeping order in meetings and giving people turns:

Generally speaking, every meeting should have someone who is facilitating the meeting— even if informally—and managing who speaks when.

It can be more difficult in online meetings for people to indicate that they need to make a point. But on the other hand, if there is a clear facilitator, people can send a direct text or raise a hand to make sure they get a turn.

It’s become completely acceptable for people to have a simultaneous chat window, shared document, or links open while a meeting is being conducted. Every culture is different in how they handle text and distractions. This blog post goes deeper into how to handle simultaneous chats and other distractions in your meetings. 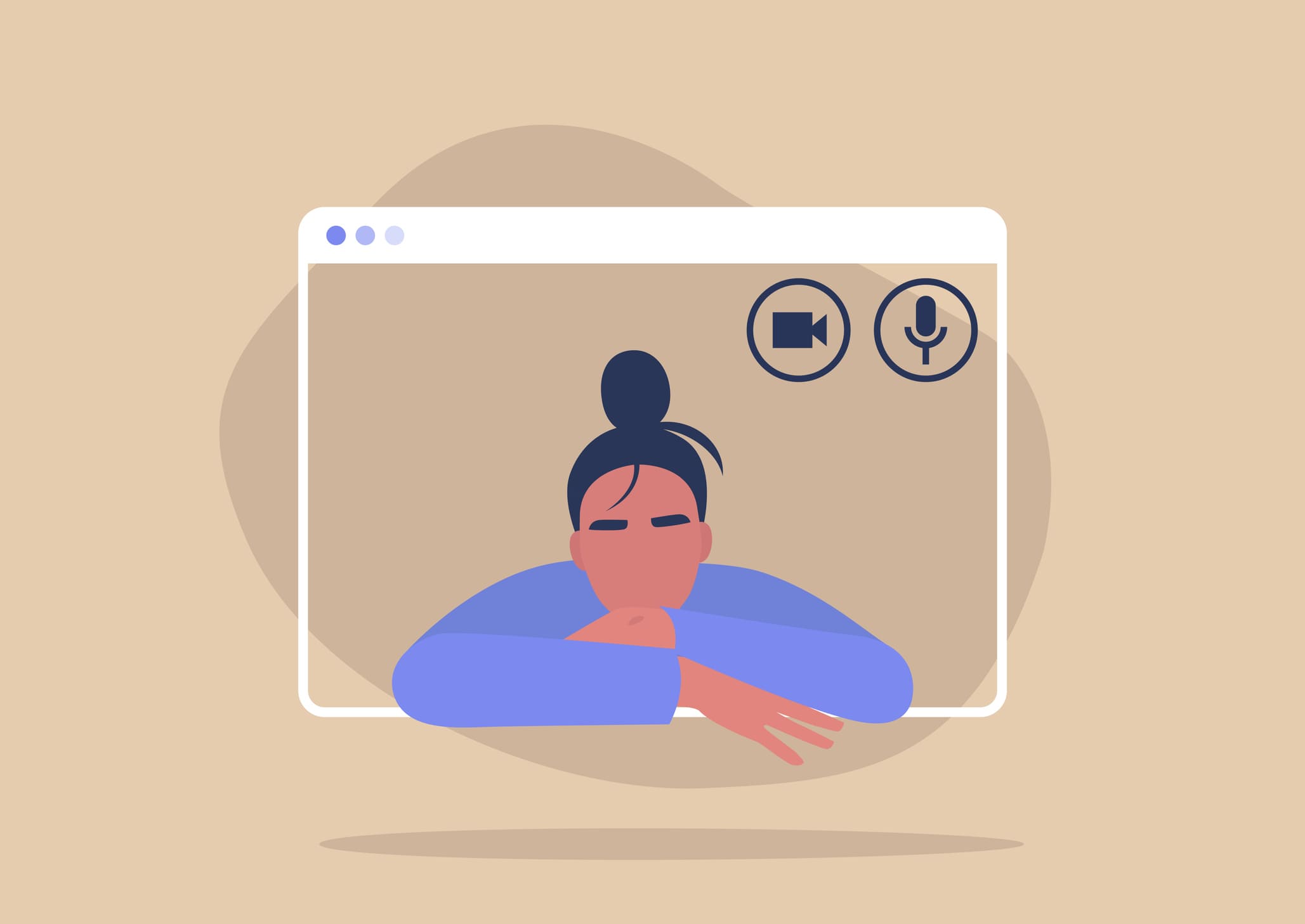 Virtual Meeting Fatigue: What Can You Do About It?

With so many remote meetings happening, here are some tips to protect your energy (and sanity) from virtual meeting fatigue. 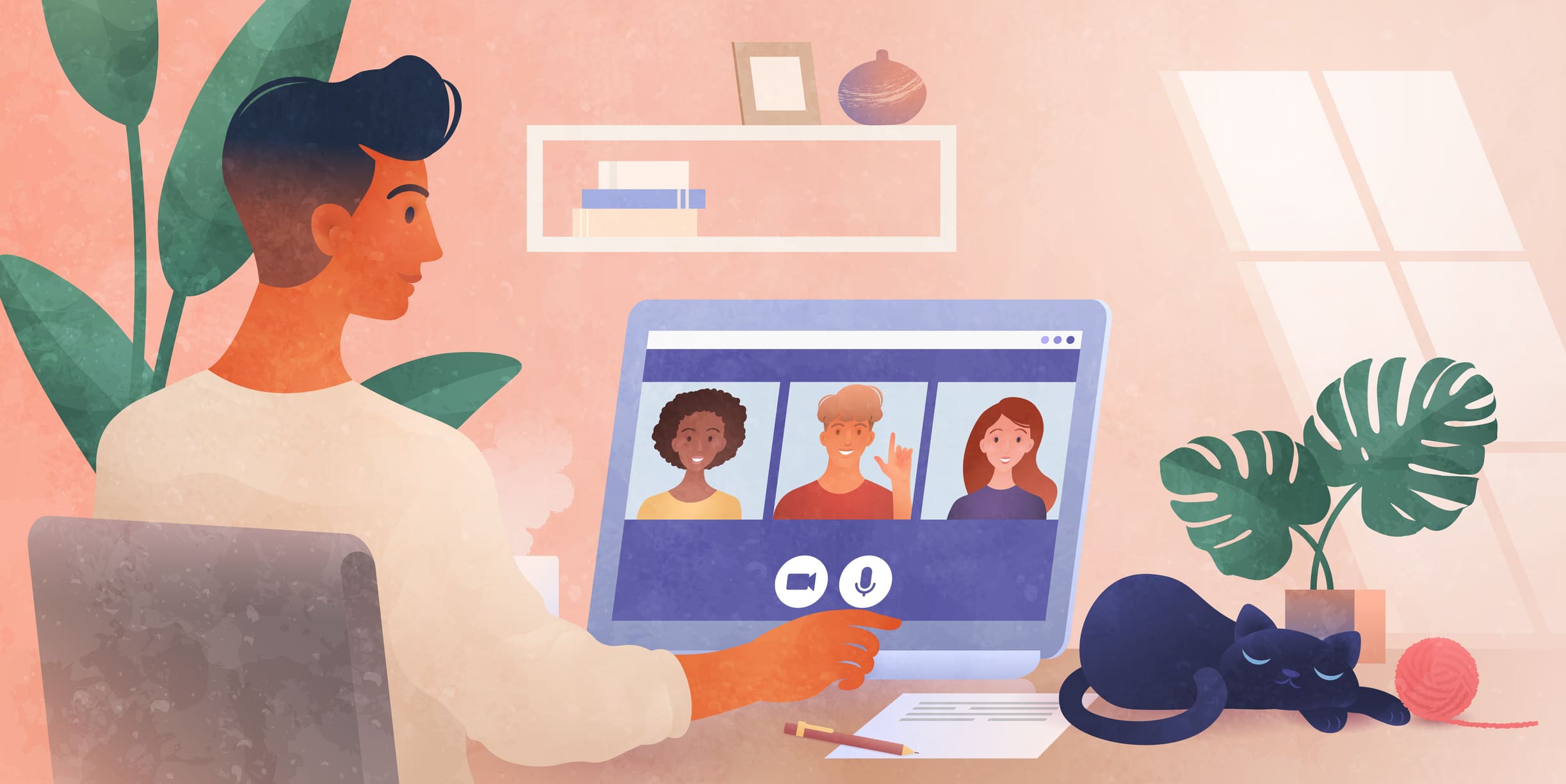 Video conferencing is here to stay. Here's how to run the best virtual meetings possible.

20+ fun ways to break the ice at your next team meeting. 🙌